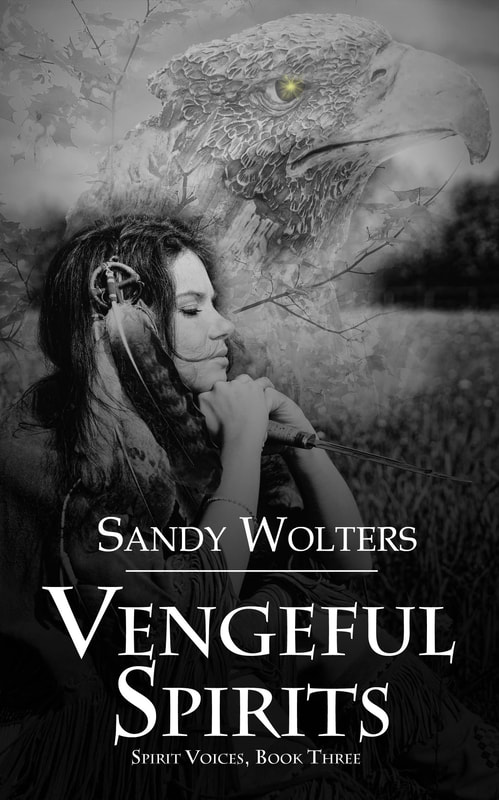 Nathan Gordon has been hired by a ranch owner to find his missing cowboys, and to also investigate several mysterious animal mutilations. The job brings him closer to the beautiful Navajo Medicine woman, he fell in love with at first sight. Yet, he can't quite bring himself to believe in some of their rituals. Not to mention terrifying spirits.

Bright Flower has known since she was a child, Nathan is the man she is destined to marry. However convincing her grandfather is harder than she thought it would be. Just when she and Nathan have his blessing, malevolent Skinwalkers target their loved ones, and threaten to take away all she and Nathan hold dear.

The battle they wage could end in a living hell, sending Nathan and Bright Flower to a fate worse than death.
Scroll down to see reviews
​
Excerpt:

Sometimes the ground beneath our feet bears witness to grievous heartache. Tears of the shamed and shunned saturate the land destroying any hope for healing. Malevolence strikes out with every gust of wind. Danger lurks and thrives in every shadow. If you want to live, fleeing is the only option.
A sinister, closely held secret seizes a vast expanse of Northeastern Arizona bordering the Navajo Nation. There is a block of land so cursed, no living soul, human or animal, can survive. Fearful of retribution, the Navajo people—a deeply spiritual community—will not speak of such things.
For years, ranchers have tried to tame the land and failed. Crops will not grow. Livestock mysteriously die shocking and torturous deaths. Over time, the horrific accounts of man and animal alike—being stalked by something terrifying under the cover of darkness have been spread throughout the masses—usually as campfire fodder. To the detriment of anyone venturing onto the property, the superstitious nature of the tales were discounted by the general public as nothing more than vivid imaginings. But the Navajo people know differently and avoid the area at all costs.
To this day tortured screams of the damned fill the night air and mysterious creatures threaten any man drawn to this territory. Vengeance will not be denied.

Reviews from Goodreads.com
5.0 out of 5 stars Loved it want more
Reviewed in the United States on August 12, 2020
​REVIEWED BY LINDA TONIS
MEMBER OF THE PARANORMAL ROMANCE GUILD REVIEW TEAM

Another wonderful addition to a wonderful series, a series I hope does not end for a while. Although characters from the first two books make appearances and there is a wedding coming up this book can still be read as a stand-alone, but why would you want to miss out on such a wonderful series.

Nathan Gordon has been hired by a rancher, John MacAllister who has bought a new ranch and needs help in locating his missing men. Men sent to check out the property have disappeared without a word and Nathan and his partner Peter Jursic are there to find out what is going on. Nathan and his best friend own Bastion Enterprises, a security firm, and he is also friends with Jody, who is lovingly called the ghost whisperer, and Rainy, a Wiccan High Priestess, both of whom we read about in the first two books so Nathan would not be totally shocked if what is happening is far from normal.

Nathan is in Arizona not far from the Navajo Reservation where the woman he has fallen in love with lives. He dreams of Bright Flower and has only seen her in the flesh once but he has no idea that his dreams since childhood have always been dream quests and very real. Bright Flower has always known that Nathan would one day be her husband and he is the only man she will ever wed in spite of her grandfather’s insistence that because they are shamans she has to marry a Navajo.

The only one that knows the secret of the land and the curse placed upon it is Spirit Keeper, Bright Flower’s grandfather, a secret he has not shared with anyone including her. The time has come when the protective barriers around the land are breaking down and that could eventually mean devastation to humanity. I won’t reveal what the curse is or how it has to be destroyed but I will say it kept me on the edge of my seat. The various protocols that are part of the Navajo beliefs were fascinating whether true or not, and I choose to believe, made for a great read. There is also a chance that this venture could bring an end to the relationship between Bright Flower and Nathan.

I picked up the book and did not put it down until I finished it, dinner could wait but finding out the end couldn’t. I can’t recommend this series highly enough, spirits, superstitions, romance, secrets and suspense, what more could one ask for.
Powered by