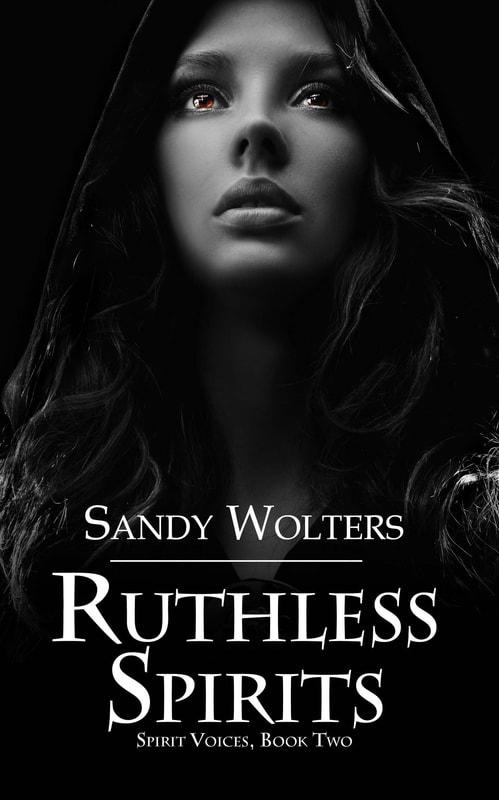 Click on Book Cover to be directed to purchase links
Blurb:
Terry Anderson’s lifelong dream has come to fruition. Finally his success as an artist affords him the opportunity to purchase the home that has beckoned to him since childhood. What he doesn't know is, if he moves in, a sinister evil will be unleashed, threatening everything and everyone Terry cares about.

As High Priestess of her Wiccan Coven, Rainy Stratton’s sixth sense has never failed to shed insight on anyone who crosses her path. That is…until  she encounters Terry. Intrigued by his eccentric style and humor, she finds herself drawn to him, and despite her misgivings, she eagerly entrusts her heart to the man she can't read.

When the wicked come out to play, Rainy and Terry face a battle of good versus evil, but she can't see how it will end. However, the price of losing is unacceptable. For if they do, the devil will claim their souls.
Scroll down to see reviews
Excerpt:


The past several weeks had been pure hell. Anxiety, a constant companion, currently ruled every aspect of Rainy’s mind, body, and soul. Being a Wiccan High Priestess, she was fully aware that this extreme level of unfounded turmoil signaled that a life-altering change was barreling toward her at breakneck speed. The agonizing weight of the unknown settled squarely on Rainy’s shoulders. As of yet, no amount of meditation or quiet contemplation offered answers to the disposition of the impending transformation. She’d have to be vigilant and keep her wits about her. Good or bad, something significant was about to rock her world.


On a shaky breath she declared, “Mother Goddess, I promise to accept whatever challenges and opportunities you bring my way with grace and dignity. I will keep my eyes open and do my best to act on those experiences so that I may learn and grow as one of your children. I ask that you bless me and provide the strength and courage needed to do your work.


The inky black mist slithered through the boxes biding its time. Rage had festered to a fevered pitch over the decades spent in captivity. But something had changed. The atmosphere in the glass building that had served as a cage for far too long pulsated with anticipation. The vibration so dense, tremors shimmered on the air, gently shifting the blackout curtains to and fro. The chosen one had reached adulthood and was coming. Soon the beast would prowl, free to roam and take back everything it desired. This time, there would be no stopping until the entity had full reign over those daring to occupy what belonged to him.


Heavy footsteps rushed up the stairs behind Terry. Before he could be stopped, he softly rapped on the door.


“What do you think you’re doing?” Nathan whispered in a menacing tone.


Terry whipped around to face his friend. “I know you think I’m blowing this out of proportion, but I’d do the same thing for you.” He had known Nathan his entire life and loved him like a brother, but the you’re-an-idiot glare he currently touted pissed him off.


“Don’t look at me like that. Our best friend is in there, and I’m her man-of-honor. I promised her all traditions would be followed, and I’m keeping my word.”


Nathan wasn’t budging. Terry was forced to continue pleading his case. “Don’t you remember when we were kids and Jody would talk for hours about her dream wedding? We both promised her come hell or high water that we would make that dream come true. That means all the traditions must be respected no matter how silly they seem. You may want to renege on that promise, but for Jody’s sake I’m going to follow through.”


“Terry, their ceremony is going to be a handfasting. It’s not a traditional wedding.”


“I know that. Even with a handfasting, it’s still bad luck to see the bride before the wedding. I looked it up.” Terry defiantly raised his hand to knock again, but Nathan grabbed him before he could touch the door.


“You do realize that Jared is in there with her, right?”


“Are you willing to have him take your head off over this?”


Trying to be brave, Terry pursed his lips. “I’m doing this for Jody. And besides, Jared knows what our plans are for tonight. How mad could he get?”


Nathan rolled his eyes as he harrumphed. “Fine. If you’re going to be a stickler about this, move aside and let me handle it. I wouldn’t want you getting hurt the night before we walk Jody down the aisle.”


Three sharp raps thundered on the door. Nathan covered his eyes and strolled in like he owned the place. “You two lovebirds better be dressed because I’m about ready to remove my hand from my eyes.”


Burying her head into Jared’s shoulder, Jody snorted. “It’s okay, Nathan. You can look. We’re still decent.” Jody’s hair was tousled, and her shirt only had one button holding it together.


At the sight of Jared’s bared teeth, Terry momentarily questioned the sanity of bursting in on the couple. The groom snapped, “Damn. I knew I should have locked that door.”
Reviews:

Reviews from Goodreads.com
Powered by