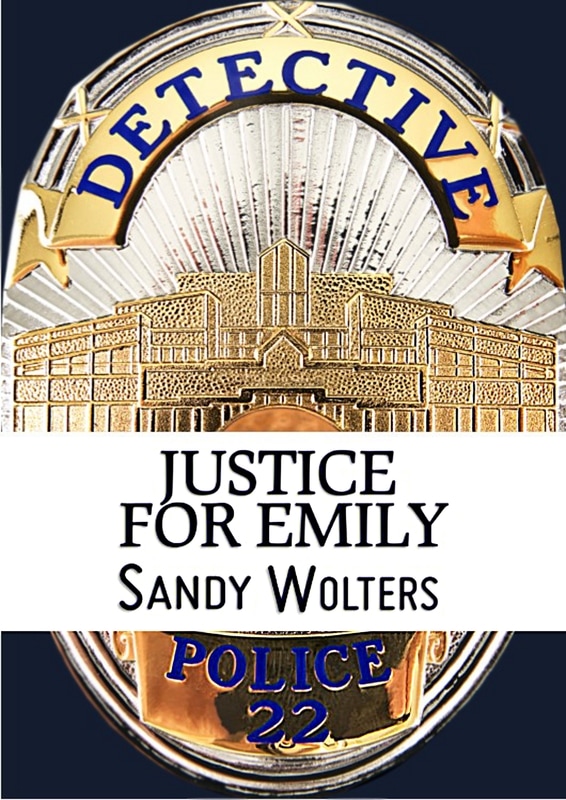 Click on book cover to be directed to purchase links

Scroll down to see reviews

Rachael Merchant is on a cross country trip, running from the tragic images of her last case that are embedded deep in her soul. A City of Phoenix Homicide Detective, she is trying to deal with the freak show her life has become.

Three days ago, she was sitting in a hospital room with a man who had just murdered his three small children because he was angry his wife had left him. After making the arrest, she let the perpetrator know that when he got out of prison she was coming after him, that he would not be able to hide from her. She left the hospital, went back to work, and quit on the spot.

After a great deal of persuading, her captain convinces her that an indefinite leave of absence is in order instead of quitting. She goes home, packs her bags, and jumps in the car. With no destination in mind, she just drives.

Rachael finds herself on the side of the road, unsure of where she is and talking with her partner on the phone. All she wants to do is run as fast and as far as she can from the image of those three small babies with bullets in their bodies.

Officer Patrick Sheehan pulls in front of Rachael while she is bent over the hood of her car looking at a map. He overhears the conversation between Rachael and her partner and thanks fate for dropping a homicide detective right in his lap. His good friend, Emily, was murdered just days ago and Patrick knows who killed her, her husband and his boss, the Chief of Police of Brownwood, Texas.

Boyd Campbell has taken extreme measures to cover up his wife’s murder but Patrick is going to do everything in his power to put this monster away. He doesn’t care what he has to do or say to get this cop to stay and work this case. He needs her help and she is just going to have to deal with it. She can just blame fate for bringing her here when he needs her expertise. After all, the only important thing at the moment is getting justice for Emily.

Patrick gazed at the faces of the mourners at Emily’s graveside service. It was apparent how many people loved her.

Emily grew up here in Brownwood, Texas, and always extended a helping hand to those around her. Although she was only thirty-three years old at the time of her death, over the years she had sculpted herself into the matriarch of the inhabitants of this small town. She genuinely loved the town and the people in it. Outside of her children, it seemed her only interests were helping those around her.

Joe Clapton and his wife, Cheryl, were here with their children. Several years ago, Joe lost his job, and they were finding it difficult to keep food on the table. When Emily heard of their circumstances, she started a food sharing program by visiting the local restaurants and convincing them to donate all cooked food that was earmarked to be thrown away so it could be distributed to those families who needed it instead.

Walt Sheridan was standing off to the side looking bereft. He had been a friend of Emily’s since grade school. When he was arrested for burglary, Emily went to visit him in jail to find out why he had chosen this path. She found out that he was unable to find work and felt he had no other options. Against her husband’s objections, Emily helped Walt start a successful lawn service.

Katie Spencer was also here with her boy, Joshua. Katie had been a sixteen-year-old girl who found herself pregnant. Once again, thought Patrick, enter Emily. Emily had provided Katie with emotional support as well as advice on her options. Emily’s influence resulted in her keeping her baby and finishing high school.

There were hundreds of people here for this woman who had made a difference in their lives in small ways and in large ways.

Patrick’s attention turned to Boyd Campbell, Emily’s husband and his boss. A rage so deep that Patrick felt it ripple through his entire being gripped at his soul, making him edgy. It was apparent Boyd felt Emily did not deserve a funeral. He probably wouldn’t have had the graveside service except there were so many people in town who loved Emily that he felt he had to do something to keep up appearances. Noticeable to all, Boyd failed to bring the three most important people in Emily’s life to say goodbye: her children.

Patrick remembered the night of Emily’s death. Lucas Graham and his wife were at Brownwood Regional Medical Center having their first child so Patrick was covering his shift. The call came in from Boyd himself. He stated, clearly agitated, that Emily had killed herself, and he wanted her body removed as soon as possible so the children would not see her.

That was two days ago. Boyd had systematically skirted all protocol in regard to Emily’s death. He wanted no investigation, no autopsy and no funeral. Patrick’s hands clenched into fists at his sides as he recalled what Boyd had said to him the night Emily died: “Get the bitch out of here immediately. I’ll sign off on this. I’m Chief of Police here, and nobody will question it.”

Boyd had her body cremated the following day, and here they were two days after her death grieving for her at her grave. There was no way in hell Patrick could let this stand as it was. He knew deep down that Boyd had killed her. He was just going to have to figure out how to prove it in a manner that Boyd wouldn’t realize an investigation was underway.

As soon as the pastor was done, Boyd turned and left without a backward glance.

Patrick watched as the townsfolk moved forward, said their goodbyes and left. When everyone was gone, he moved forward. He looked at the deep, cold hole in the ground with what was left of Emily. “I don’t know how I’m going to do it, but I promise you, Emily, that I will not let him get away with this. Thank you for everything you did for me and the people around you.”

He tossed a rose into the hole and walked away.

Goodreads reviews for Justice For Emily

Reviews from Goodreads.com
Powered by